Social media is a massive medium to market on. It’s a great tool to promote word of mouth. Just check out some of the statistics that I have got straight from Facebook. You can see that Facebook is really the King for social media right now.

That’s a huge number of users worldwide! And the numbers are just as impressive locally. On the Gold Coast there are over 500,000 users and 24 million in Australia alone. Now, if you take just half of them, or 58% of them, that are returning daily, that’s just over 7 million. Those are pretty good numbers.

You can also target your ads very specifically based on demographics like age, gender, location, relationship status, and their social targeting including likes and interests, friend connections and activities.

I had a client who was has a Hair and Beauty mobile service for weddings and special occasions, so one of the things we did was to target people who have a relationship status of “engaged.” That’s a very powerful method of reaching your target market.

So the numbers are there, and we can divide that market up effectively. There are also some great engagements too. Just look at these numbers:

One of the biggest changes that Facebook has recently made is to move the ads so that they now appear on the News Feed, where Facebook has said there is 8x more engagement.

If you have used your Facebook, I’m sure you have noticed ads have started to appear there. The main reason they did that was so they could show ads on mobile devices, because the majority of users are now accessing Facebook on mobile devices. With that change, it has made advertising a lot more effective.

I don’t necessarily know how long it is going to last as people might get put off by the number of ads appearing, but at the moment it’s working really well. Facebook isn’t right for every business, but it is working really well for some and it’s worth looking at.

Okay, let’s have a look at what a Facebook ad actually is. There’s a big difference between Facebook ads and your normal Facebook posts. Ads can be targeted to anyone on Facebook, whereas Facebook posts on your Facebook page just go to the people who liked your page. This is why ads are very powerful, because you can reach a bigger market straight away.

Below is an ad for one of my clients that we are running at the moment. You can see that it comes up on the wall nice and big, and it will come up on everyone’s wall we target. 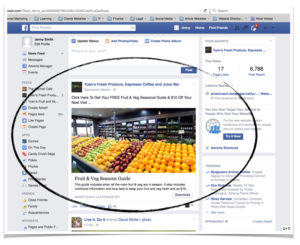 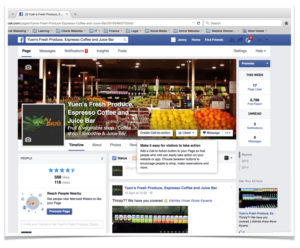 So, now you have an understanding of what Facebook ads are and why they are important, let’s get into how to do Facebook ads.

Below is a summary of the 6 steps for setting up your Facebook ad. Watch the video for a more detailed explanation and an example of a live campaign.

Make sure you watch the video for some more information and an example of a live campaign.

I hope you found this useful and that this has given you a bit of an overview of basics on what Facebook Advertising is, and why it is important and effective in marketing your business.

If you would like any help or would like to discuss this further, please get in contact. And if you would like me to help you set up a campaign for your business, I’m more than happy to work with you.